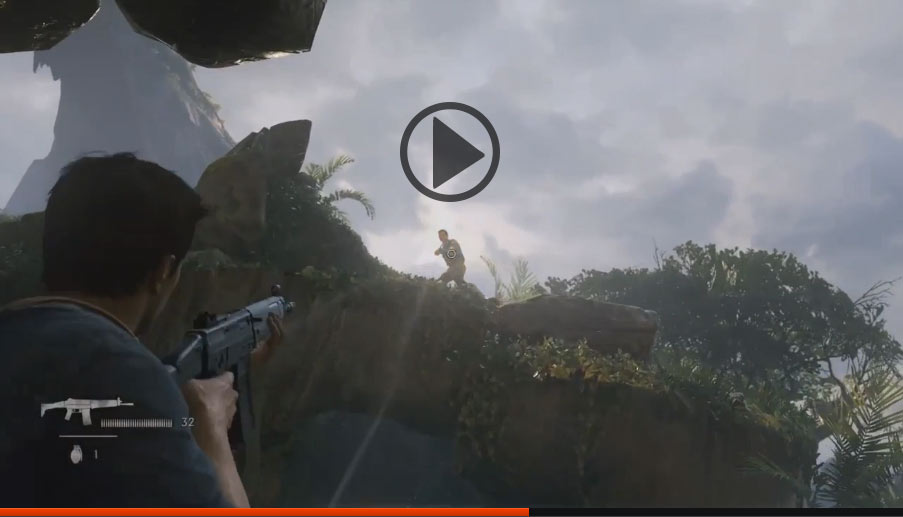 Unlike the other titles in the awesome Uncharted series, which followed a more planned and direct path to completing missions, Naughty Dog wants to go in a different, and in my opinion, better direction this time around.

Instead, Uncharted 4: A Thief’s End for Playstation 4 will have a more open, sandbox approach. According to Ricky Cambier, the co-lead designer for Uncharted 4, and who previously worked on The Last Of Us, said that the goal is to never force players down one path or another, but instead to set them free to take on challenges however they want.

“I think our goal with the layouts in some of these spaces is that there’s not that golden path. You turn this corner, you’re going to find something surprising,” Camber told Game Informer magazine. “Or maybe this way you’re going to use your potions; the mixup of your different tools. There might be a shimmy ledge this way, there might be things that break this way; so every path has that action, that tempo that you want.”

I’m really excited for the release of Uncharted 4. After their other great releases, namely Uncharted 3: Drake’s Deception, which I beat several times on the hardest game mode, and Naughty Dog’s other hit release, The Last Of Us, they are gearing up for another awesome and original title that’s likely to leave gamers on the edge of their seats.

All that said, I wonder what they’ll do for the online mode. It seems that they are devoting so much into the gameplay that they might not have time to make an awesome online mode. I’ve noticed this is becoming a pattern for the Playstation 4, that the online modes have been either entirely missing, such as in Infamous First Light; not working like in Assassin’s Creed Unity, which has been down since before Christmas; or lackluster, like in Watch Dogs, which has a very small online game which is not only difficult to find but lacks any sort of fun. I hope that Uncharted 4 does not forget to devote enough time into the online portion of their game!

Here’s the gameplay for this new game which demos how this sandbox approach will work. I’ll warn you, the trailer does not begin particularly exciting, but is more of a demonstration of the open sandbox world:

The Internet Of Things | Are You Ready For The Promise Of A Connected World?

in Internet of Things • Technology

Turns Out Call Of Duty Infinite Warfare Multiplayer Is Not Really In Space, Is Better Than You Thought | Everything You Need To Know

Sony May Be Near Its Death – Who Might Take Their Place In The Gaming Industry?