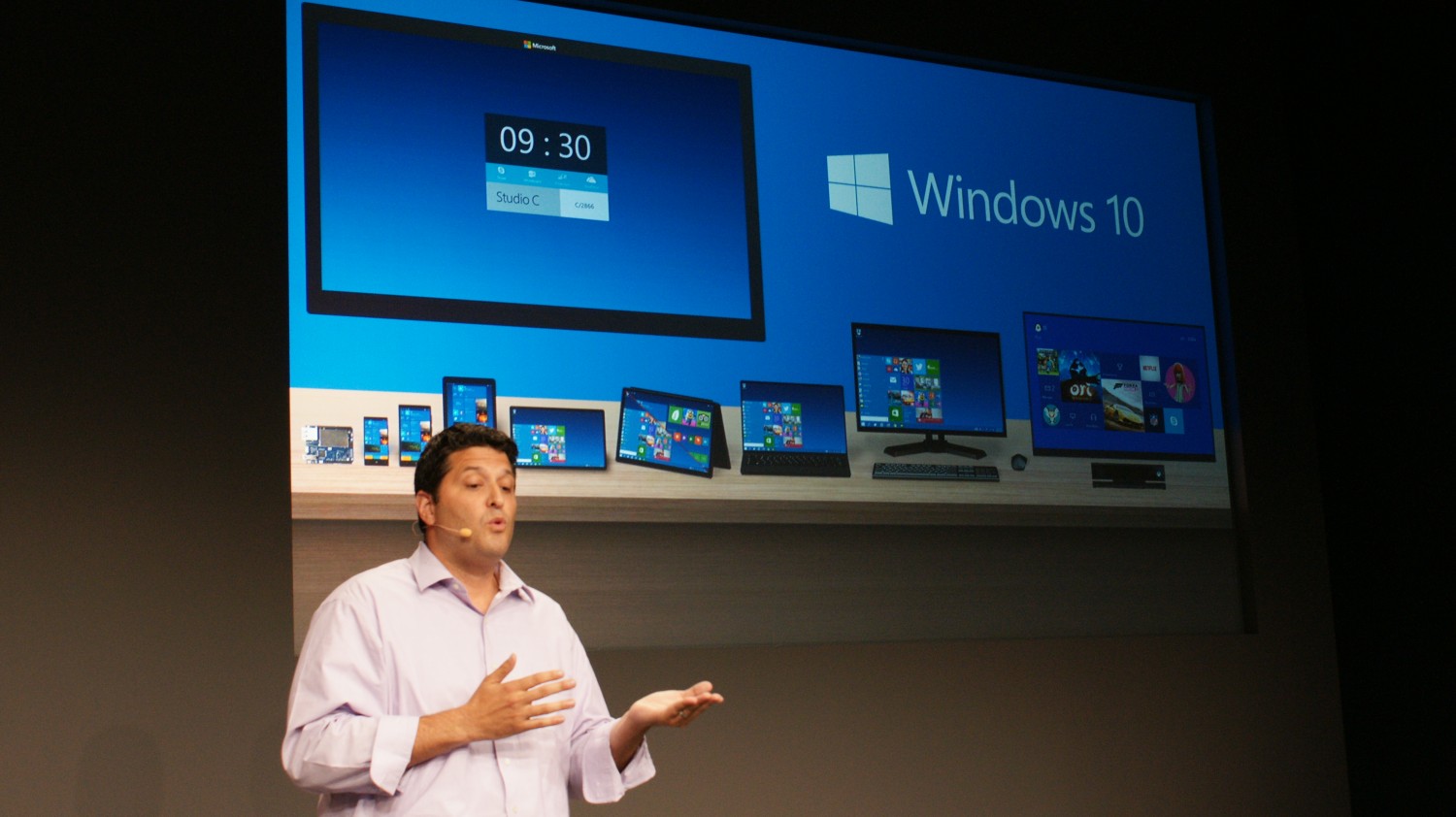 Microsoft forced Windows 8 on the world, and millions of people, power users and everyday users alike, hated Windows 8. Microsoft changed so many things with Windows 8 and implemented many new and unwnated things, like the Metro screen, while removing critical commonly used things, such as the Start Menu. It was so bad that Microsoft had to release a sub-released called Windows 8.1 that attempted to address some of these issues.

Microsoft threw out many number about the “sales” of Windows 8; but the reality is that almost all of these “sales” were simply sales of new devices, and the buyers of those new devices hated Windows 8. 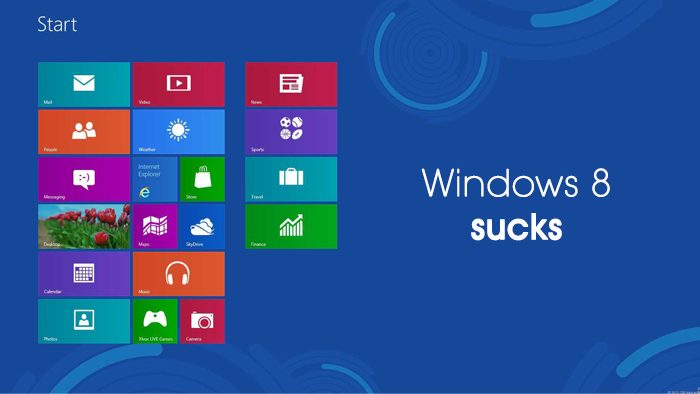 You may not be aware, but Windows 8 was not a new version of Windows. Actually, although it carries the Windows” name, Windows 8 was built entirely from scratch. As a result, Microsoft had to try to copy the user interface of previous Windows interface as closely as possible, because it was a completely new operating system.

This is part of the reason it failed so miserably – because Microsoft failed to make a good enough copy of the integral and critical elements of the user interface and user experience of previous Windows operating systems. I got this information directly from friend of mine who works at Microsoft in one of the major departments at the headquarters in Seattle, so you are hearing first-hand information even I was technically not supposed to know.

Perhaps due to this, or maybe for another unknown reason, Microsoft decided to skip Windows 9 entirely and jump right to Windows 10. No one is really sure the real reason Microsoft skipped Windows 9, and perhaps we will never know. However, they probably made the right decision.

Windows 10 certainly looks promising, and for users like me who still use Windows 7 because they hated Windows 8 so much, it is cool to finally get the opportunity to use the new framework. Windows 8 did implement some improvements in speed and stability, as well as a better touch interface; but due to the major design issues, most users were not able to appreciate those benefits.

Windows 10 has a native start menu like Windows 7 and previous Windows versions, no more default metro screen, and finally refreshing new features. One of the coolest of these features is the multiple virtual desktop modes feature that was formerly the realm of only Linux and Unix based operating systems. This feature has been around for decades on Unix and Linux OSes, but the majority of the world could not appreciate it because Windows was not capable of it. 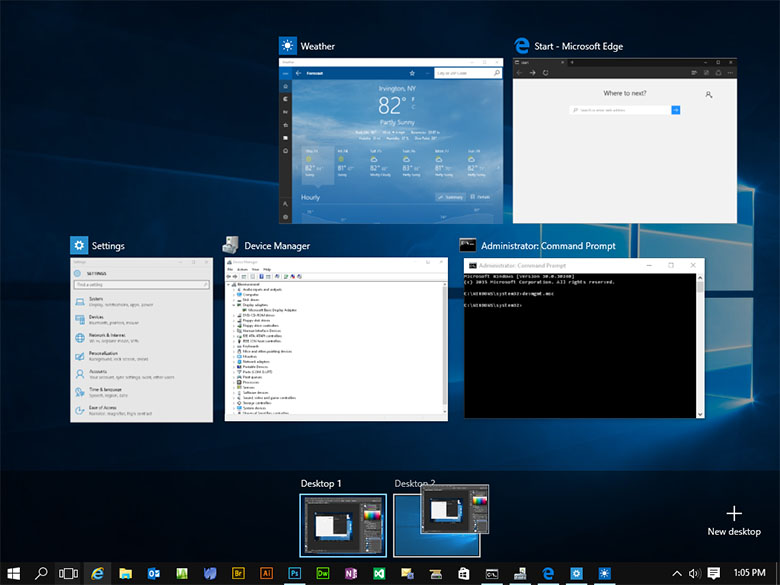 Additionally, the benefits of tiles are now implemented into the start menu, as well as the cool feature of being able to resize the start menu, something not possible in Windows 7 and previous versions.

Windows 10 also allows people to easily change their task bar and window color to flat colors like black, which you needed a custom theme like EverplexBlack Theme for Windows 7. for previous versions of Windows. 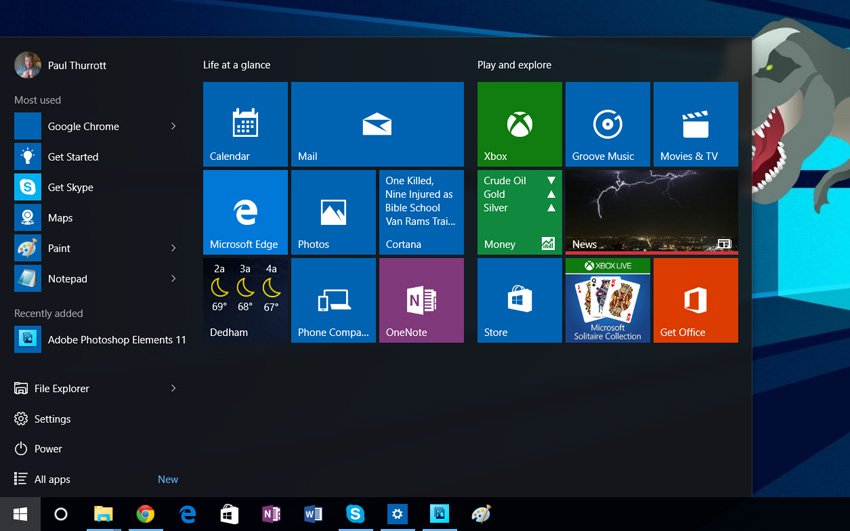 Cortana, Microsoft’s version of Apples’s Siri voice recognition, is a widely pushed feature; however, I was not particularly impressed. I doubt I will be using it; however, for those who would, you might really like using Cortana. It looks like it works halfway decently.

Task Switcher is also revamped in Windows 10. Snap assist has gotten smarter, Action Center has gotten cooler, and something awesome is that Command Prompt has finally been revamped, for all those power users out there! 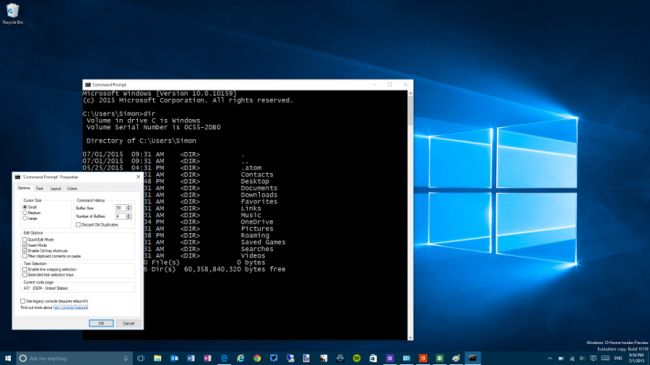 Among the other features new in Windows 10, are DirectX 12, which will significantly improve graphics, which is great news for gamers, graphics workers, and video editors; and being about to say Hello to wake up your PC, which may or may not be a good thing when computers take over the world.

There is also a new and desperately needed feature called “Continuum”, which allows you to seamlessly transition between touchscreen and mouse and keyboard very easily. This was a major missing feature from Windows 8, and one of the primary usability issue that destroyed Win 8 for most users.

Some other cool integrative features include: Phone Companion, which makes it easy to sync between Windows and mobile devices; a revised Windows Support – for those who have ever used it (I sure haven’t); the cool feature to be able to schedule PC restarts; and even more practical is Universal Apps, which allows you to use apps like Microsoft Office between a variety of devices including, your PC, tablet, phone, Xbox 360 or Xbox One, and even Hololens.

Which brings me to one of the coolest features that probably won’t be picked up for several years. Hololens integration for augmented reality. Augmented reality is kind of like holograms, except you can only see it through a screen that is close to your eyes, and it “augments” the digital reality into the real world, not a digital world. 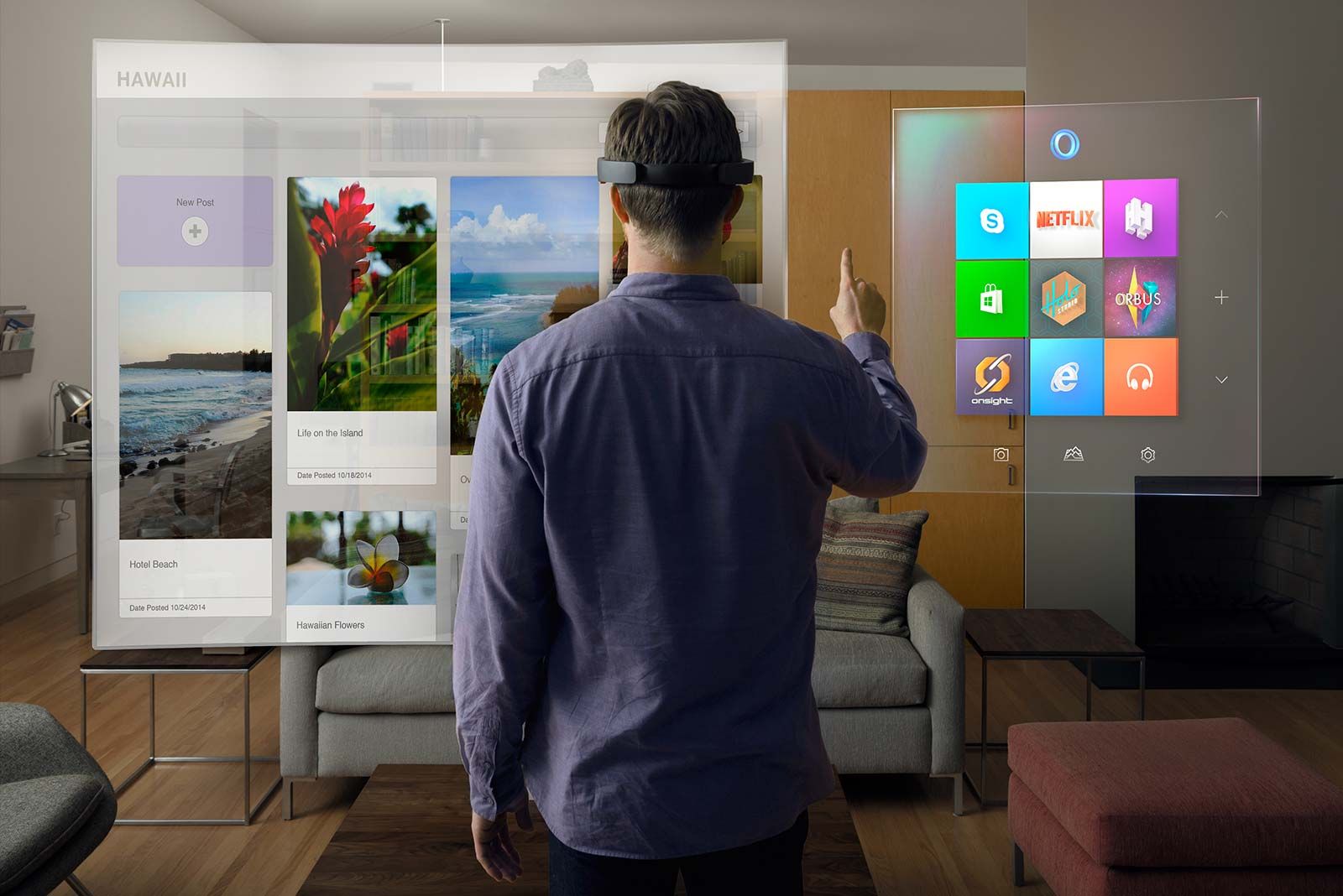 It sounds like Microsoft has finally got their stuff together on this Windows release. It has been a long time coming; the last major improvement on Windows was Windows 7, which was released on July 22, 2009, over 6 years ago.

With Windows 10, I hope that it is close enough to Windows 7 to give seamless usability, while integrating the new features that we of these past couple technological generations crave so much. I am excited to learn more about Windows 10, and I will certainly be back to tell you more about it as I find out if it is worth using! It almost makes me want to get an Xbox One – almost.

Here is a video demoing many of the new features of Windows 10. Enjoy!

How To Record and Stream PS4, PS3, and Xbox One, and Eliminate or Bypass HDCP Protection When Recording Over HDMI

Samsung’s Clever Smartphone Strategy, and Analysis & Future Predictions On The Galaxy S8 and Galaxy S9 Smartphones in 2017 and 2018

It Is Scientifically Possible To Physically See Back In Time, In Real Time