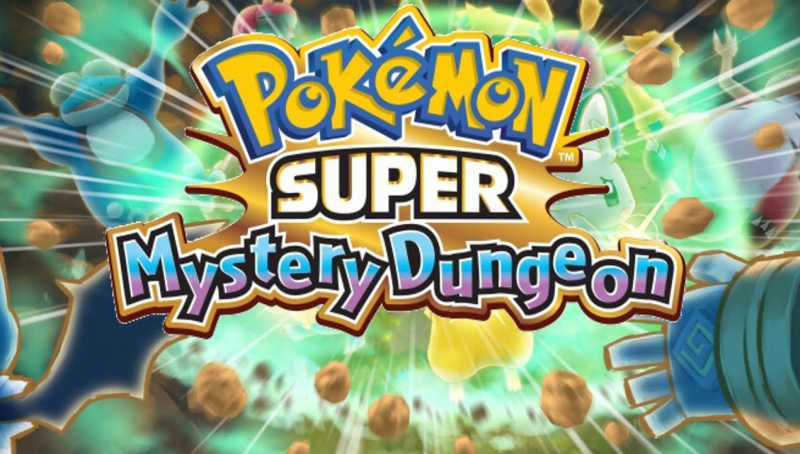 Nintendo, in true fashion to their naming habits, opted to add Super to the front of the title. Seriously, Nintendo uses Super in most their series. There’s Super Metroid, Super Mario, Super Smash Bros, I could go on. Are they are really “super” though? Sometimes yes, sometimes no. With the case of Super Mystery Dungeon, not quite super. Good? Yes. Super? No.

I’m personally a huge fan of the Mystery Dungeon series, more so than the actual series of games. They’re unique and creative, and have become the subject of thousands of fan fictions based on it. The basic concept of the games a human (the player) is in one way or another turned into a Pokemon and meets someone shortly after waking up from being unconscious, who generally ends up being their partner. The Partner Pokemon is usually chosen by the player before starting their game. Meanwhile the Pokemon you play as is determined one of two ways. The first being simply choosing and the other by taking a short survey. Granted the two options vary game to game, and Super Mystery Dungeon is the first in the series to include both. I feel it’s more fun to do the quiz, makes the experience feel more authentic.

The big gimmick of the Mystery Dungeon series is that each dungeon is different every time you go into it, and no one dungeon has the same design. The items, enemies, and stairs leading to the next level never stay in the same place, regardless of playthrough. Even saving before entering will grant you with another one should you re-load. It’s an interesting feature, and it leads to replay-ability in the game. It’s still a turn based game (similar to its original franchise’s games) and each turn you can move a space or do an attack or use an item.

Later on in the game Pokemon you defeat will want to join your exploration team and you can take them on adventures, functioning like a party system in other RPGs. On missions that are not important to the story, you can take any party members you wanted, which can consist entirely of non-main characters. This is a rarity in role playing games; and Mystery Dungeon proves to be one of the few that does have it.

The actual story of Super Mystery Dungeon is good, albeit takes a while to get going. The premise if Legendary Pokemon are mysteriously turning into stone. It’s an interesting story, and works well with the backdrop of the game. There’s two halves of the game story-wise. It doesn’t actually start getting interesting until the second half though. Once it actually gets going, it rivals the Explorers of Time, Explorers of Darkness, and Explorers of Sky games in terms of how good the story is.

The characters of Super Mystery Dungeon are all quite memorable. They are more silly than previous installments, it does work well though. Most of the characters introduced early in the game are kids after all. There’s the clumsy but dedicated companion to the player, the guild leader Ampharos, and many more. There are two main backdrops to the games, namely two different towns we find the player and his partner in. The characters, both major and minor are all fun and makes for added enjoyment that was missing from the last installment (Gates to Infinity).

There was one notable improvement coming off of Gates to Infinity and it’s with its text options. The previous entry had painfully long cutscenes that had slow text progression. Super Mystery Dungeon rectifies this, and you are able to speed through the text, like most other games nowadays. Due to this, cutscenes don’t seem as painfully long as they did in the previous game. For the most part they are generally the right length, however some of them do drag on a bit.

Project X Zone Two Game Release Leaked | Which Characters Will Make a Appearance on Your 3DS?

What If You Could Breathe Underwater? Could An Artificial Gill Ever Be Created?

Turns Out Call Of Duty Infinite Warfare Multiplayer Is Not Really In Space, Is Better Than You Thought | Everything You Need To Know